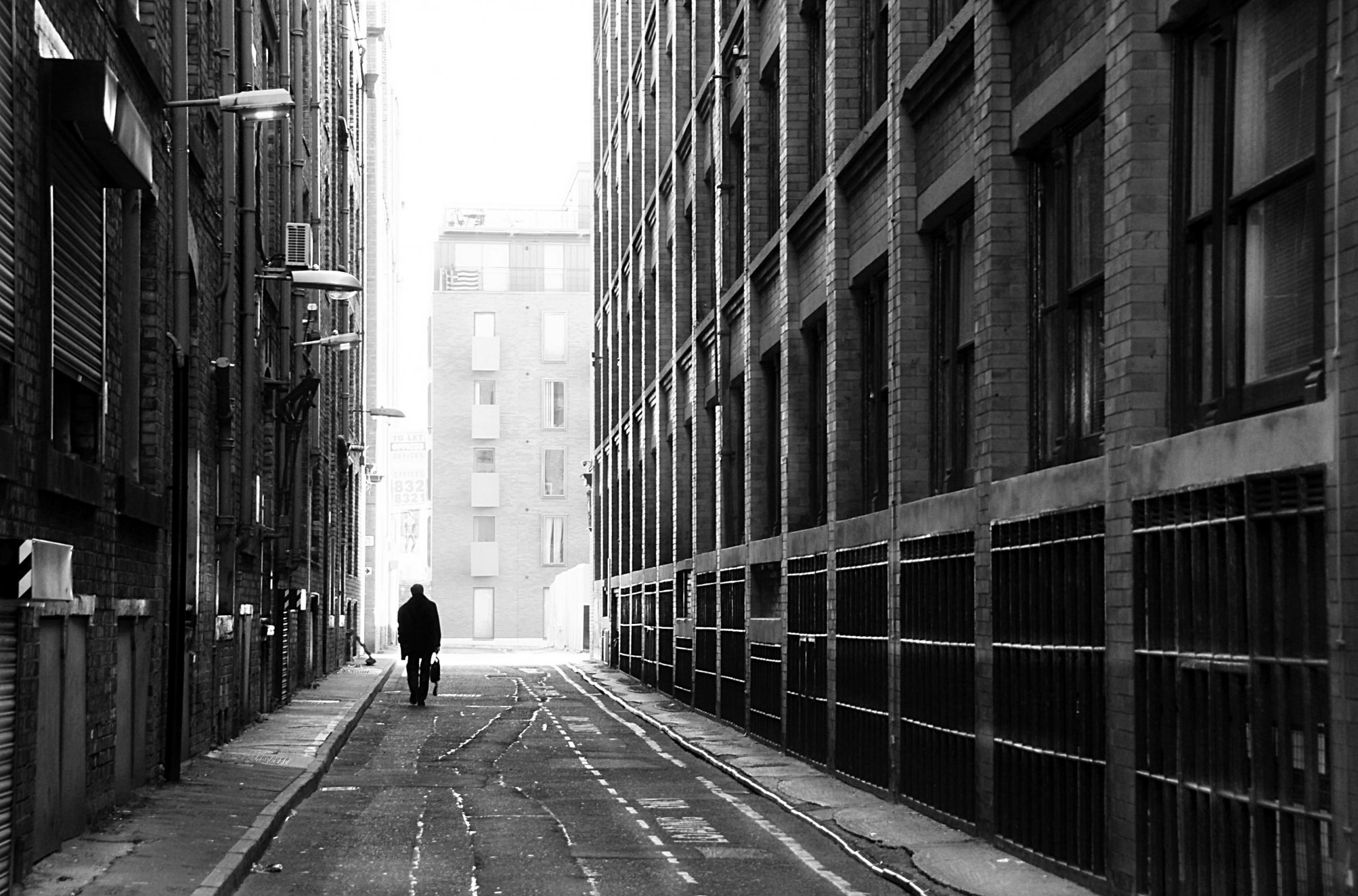 I prefer to photograph cities and the sense of isolation that, at times, touches those who inhabit them.

Looking for David Bowie in a divided Berlin of 1977 was the beginning.

A decade of annual trips, as I edged downtown towards SoHo, showed me the constant change of New York City. Subsequently, a 10 year absence was broken with a return to the city in 2016 to witness the effect of increasing gentrification and, sadly for this visitor, a feeling of the city losing some of its vitality and tension.

Journeys to Italy, to build a collection of 150 images of 'Le Grandi Citta' Italiane' (The Great Italian Cities), have included  the experience of life in a 'sasso' in Matera, the small city featured in Carlo Levi's account of his time in that impoverished region during the 1930s,recounted in his book, " Christ stopped at Eboli", the terrible shadowing of Forcella, the "mafia hotspot" area of Napoli,  and walking in the ever dark, web-like caruggi of Genoa. Latterly, I embracing the crowdless sunrise in Venezia and in the memorial Piazza della Signoria in Firenze leaves one in a cloud of wonder.

Inspired by Bowie's single 'Where are we now?', I returned to Berlin in 2013 searching for lost time and finding that, thankfully, freedom no longer ends at Bernauer Strasse. Alas, one of my more recent trips to the city was taken a week after Bowie's sad demise, belatedly finding his old apartment on Hauptstrasse.

8 days in Japan, the land of  the quiet voice , amidst the tranquil civility of the super city of Tokyo provided the chance to produce some of the gentlest urban photographs. A return to Japan allowed Nagasaki to show me what can happen when we make the wrong choices; whilst  Kyoto becalmed with its matted ground, and where 3 hours spent at Shibuya Crossing amidst the dizzying syncretic flamenco of Tokyo fashion produced a selection of black and white portrait shots.

Paris, through the contrasting seasons of spring, summer and autumn allows one to embrace the city of light from different angles using the, formerly disreputable, area of South Pigalle as the centre point.

In winter 2019 Chicago expereinced unseasonally low temperaures, descending to -21 degrees but in exchange donated some beautiful images of art and architecture supplemented by the wonder of the El tracks.

I live in Sheffield with my wife Ros

Updated with images of:

Simon Allen is a street photographer, having traveled to New York, Rome, London, Manchester, Bologna, Naples and Melbourne, amongst many other major world cities, representing the real wonder of the urban environment through his photography.